You’re finding your Apple Watch really useful and you want to share things like your fitness and activity achievements, your customized watch face, messages you receive, and almost anything else on your watch screen. Fortunately, it’s really easy to take a screenshot of your watch.

How to Customize, Add, and Delete Apple Watch Faces

How to Adjust the Volume On Your Apple Watch

As of watchOS 3, you need to enable the screenshots feature on your watch. It’s not on by default. To do this, open the Watch app and tap “General” on the My Watch screen. Then, scroll down and tap the “Enable Screenshots” slider button so it turns green. 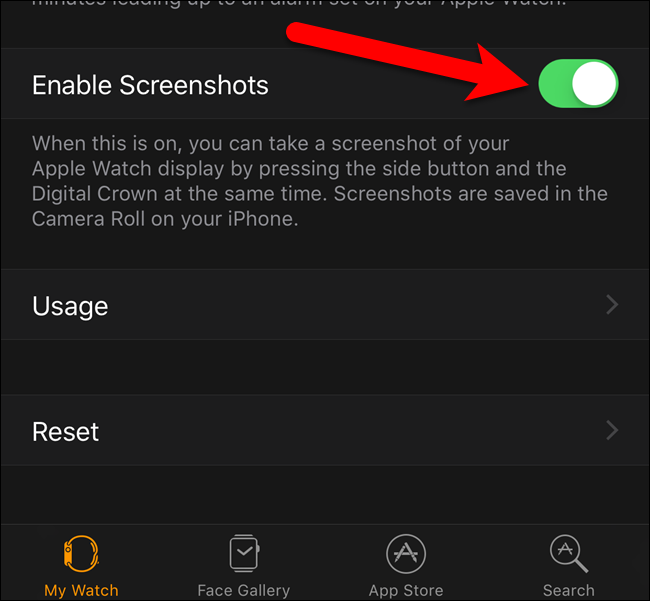 Once you’ve enabled the screenshots feature on your watch, open the clock face, the Dock, an app, or notification you want to capture and arrange things exactly how you want them to appear in the screenshot. Press and briefly hold the side button and then immediately, and briefly, press the digital crown.

NOTE: If you hold down the side button too long, you’ll see the screen allowing you to power the watch off or put it in Power Reserve mode. If that happens, press the digital crown to get back to where you were.

The screen on your watch will briefly turn white and you’ll feel a tap on your wrist. If you have the sound enabled on your watch, you’ll also hear the camera shutter sound.

The screenshot is not saved on your watch. It’s transferred directly to your iPhone into the “Photos” app. Tap the “Photos” icon on your phone’s Home screen. 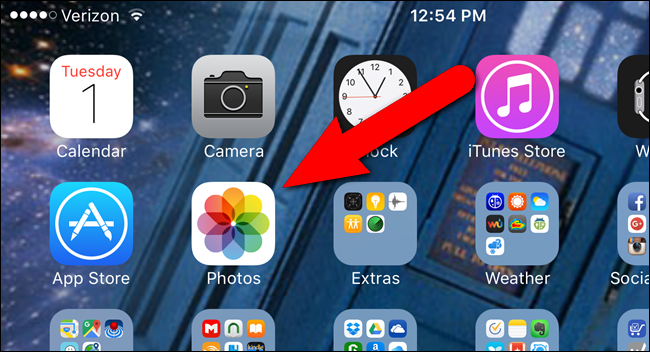 Screenshots from the watch are saved in the “Camera Roll” album. If the “Albums” screen in the “Photos” app is not currently displayed, tap “Albums” at the bottom of the screen. 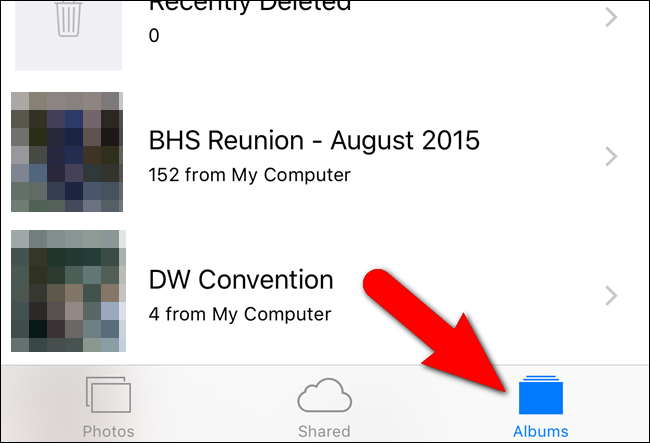 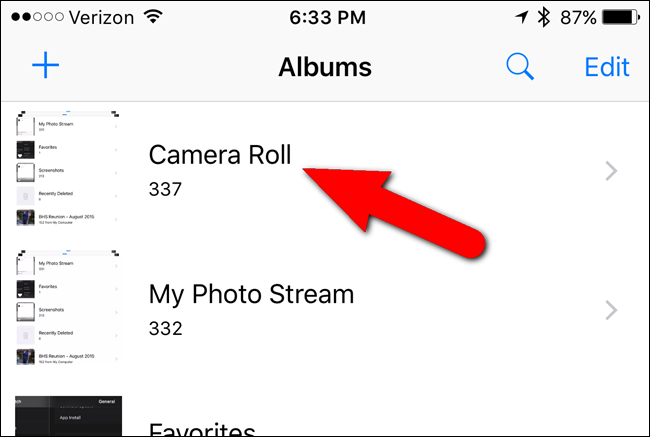 In the “Camera Roll” album, tap the screenshot you want to access. 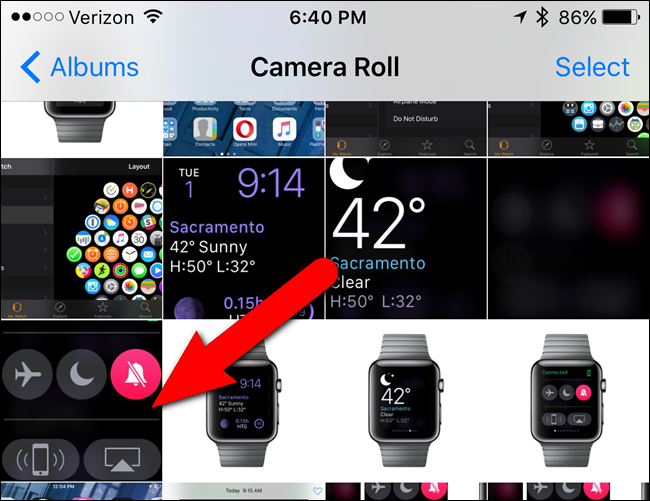 The photo displays on a screen with some options at the bottom of the screen. You can tap the heart icon to add the image to your Favorites album, tap the trash can icon to delete the image, or share the image by tapping the sharing icon, which is the box with the up arrow in it.

RELATED: How to Customize the iOS Sharing Menu

The iOS sharing system allows you to send something from the current app to another app on your phone. The box with the up arrow accesses the “share sheet” system, or sharing menu, which is very useful and customizable. See our article about how to customize and use the iOS sharing menu. 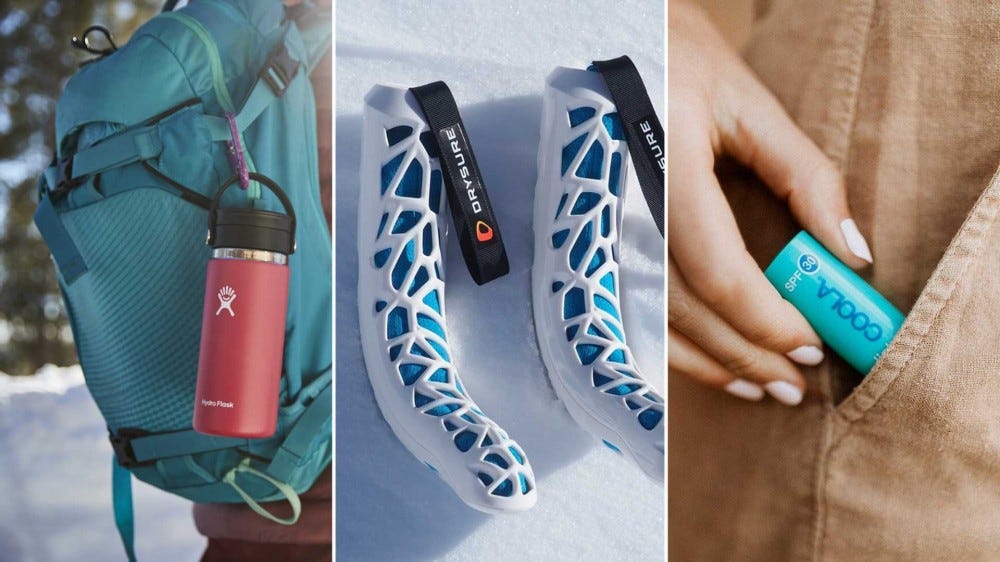